One of the best things about traveling in the Balkans is the cuisine. Every country has its own little specialties that makes visiting a real treat. However, Skopje, North Macedonia, has a special place in our foodie hearts. It’s a cheese lover’s dream. We can’t wait to try our hand at cooking some of these Macedonian dishes when we return to the States. But where do you eat this deliciousness in Skopje? Look no further! In this post, we talk about some of the best restaurants in Skopje for you to have a taste of this unique destination. There are great options for meat lovers and vegetarians!

There’s more than just food here! Have a look at some awesome things to do in Skopje for something to do between meals. 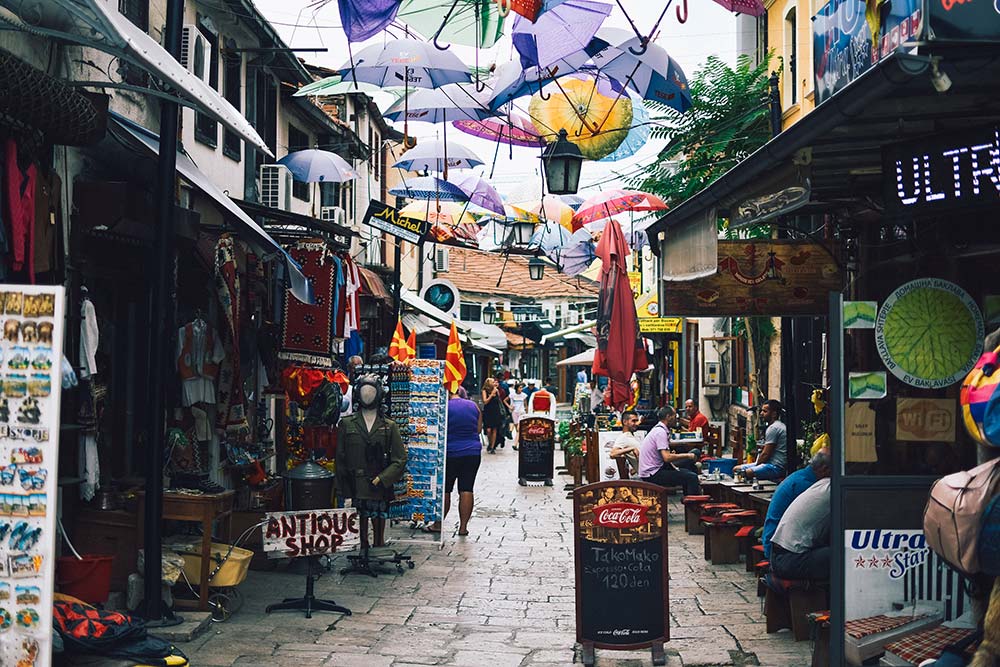 Let’s start with one of the best areas to eat in Skopje. There are so many restaurants lining these old streets. The best part? You really can’t go wrong at any of them. That said, we definitely have our favorites. So let’s talk about restaurants in Skopje’s Old Bazaar.

Restaurant Pivnica An (Beerhouse An) 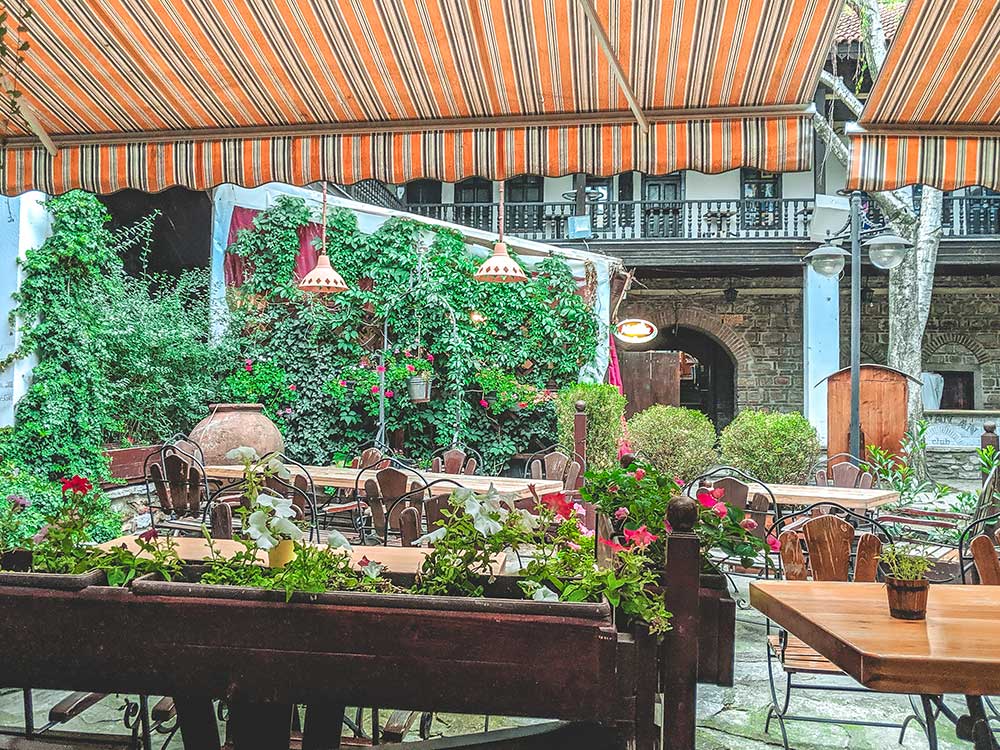 You’ll find this Macedonian specialty hidden off the beaten path in the old Kapan An, a building from the 15th century used to serve travelers and traders. In the summer, sit among beautiful flower arrangements and greenery while you bask in the cooler evening air. Their menu is extensive but you want to take a hard look at the traditional dishes page. It’s in English so no worries there!

The service was great and prices are just a little higher than average, but in Skopje, that is still very wallet-friendly. 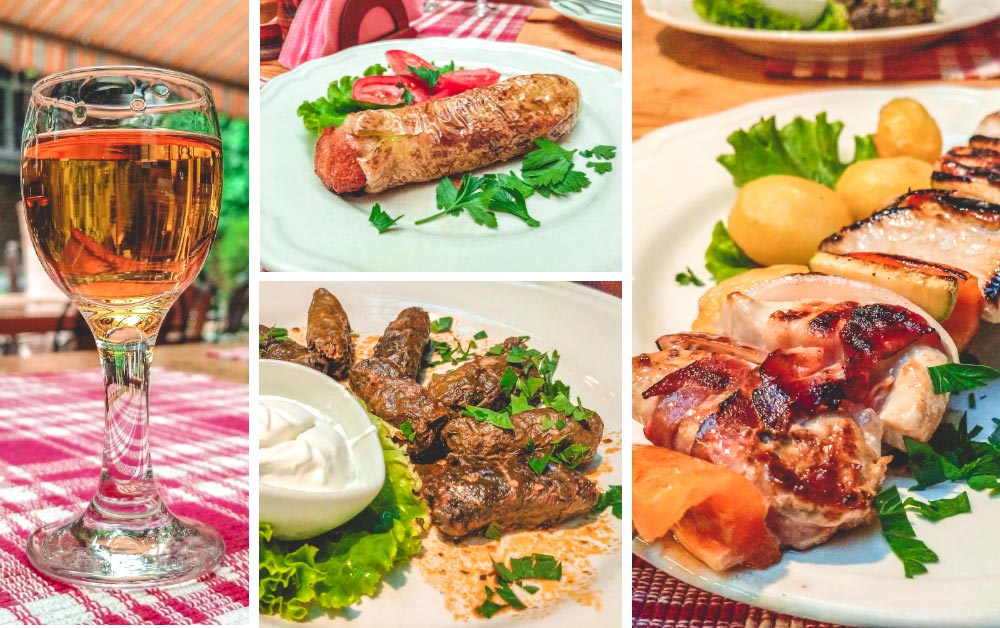 Try the sarma (rice and meat stuffed grape leaf or cabbage leaf), and the shopska salad, which is a large helping of cucumbers, tomatoes, onion, and shredded white cheese. The best salad on earth, especially during the summer months. Sip the Balkan liquor, rakia, to compliment the salad.

They do accept credit card so just have cash if you’d like to leave a tip!

Kebap is a famous Turkish dish that still thrives in Skopje today. The Ottoman rule of five centuries left behind certain parts of its culture, kebap being a delicious one. Cross the Stone Bridge into the Old Bazaar and you’ll find Destan just a short walk ahead.

If it’s a nice day, have a seat outside and enjoy a kebap with a pepper and onions. And shopska salad, of course, although it’s definitely a smaller portion here.

Caution about the pepper! We love hot peppers so it wasn’t to our dislike; however it was the hottest pepper we’ve tried in Europe. 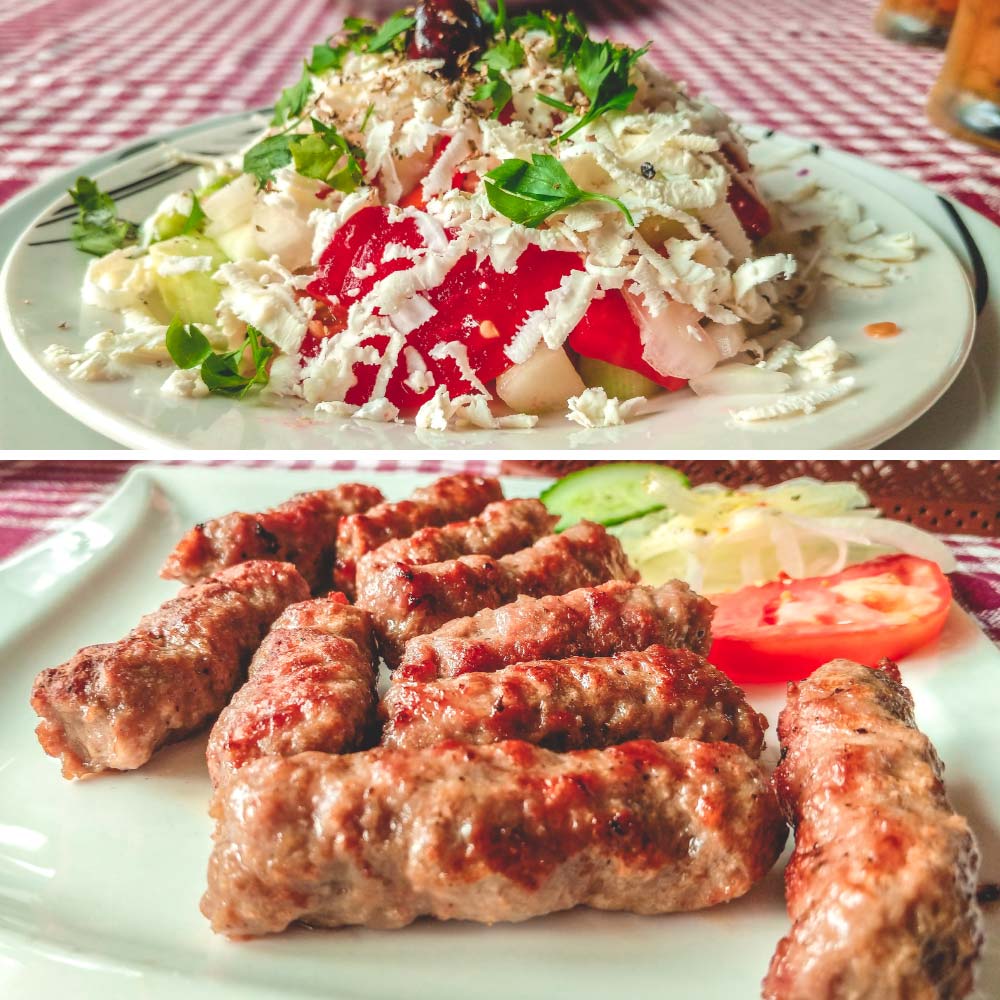 Located just up the stairs from Restaurant Pivnica An, sit down, relax with your companions, and enjoy. This is another gem of a kebap restaurant. However, there’s more to it than that. Their menu had many more options than Destan and the prices were so cheap. But yes, we still got kebap. Have a cold Shopsko beer and pick away at the complimentary bread.

Our waiter spoke English as well as French so there won’t be a problem in the language department!

Unlike the previous two restaurants, Merkez does not accept credit cards! We didn’t have enough cash on us so we had to make a quick run to the ATM. Have plenty on you before you go! However, our four beers, two kebap orders, and two shopska salads cost under $20 USD.

Like french fries? There’s more to it than just that but for the best fries in Skopje, and maybe all of North Macedonia, head to Menada. It’s a very chill jazz bar that serves some great hangout food. With a good view and some good drinks, Menada makes for the perfect afternoon hangout to wait out the heat or a good place to enjoy an evening with friends.

A Night Out in the City Center

Skopje doesn’t just have kebap and classic Macedonian food, although you can’t ever go wrong with that. However, sometimes we crave something else. We usually avoid city centers in Europe as they’re always overpriced and better food lies elsewhere. That said, Skopje is an exception! We found cheap eats right next to the famous “Warrior on a Horse” (Alexander the Great) statue in the middle of town. 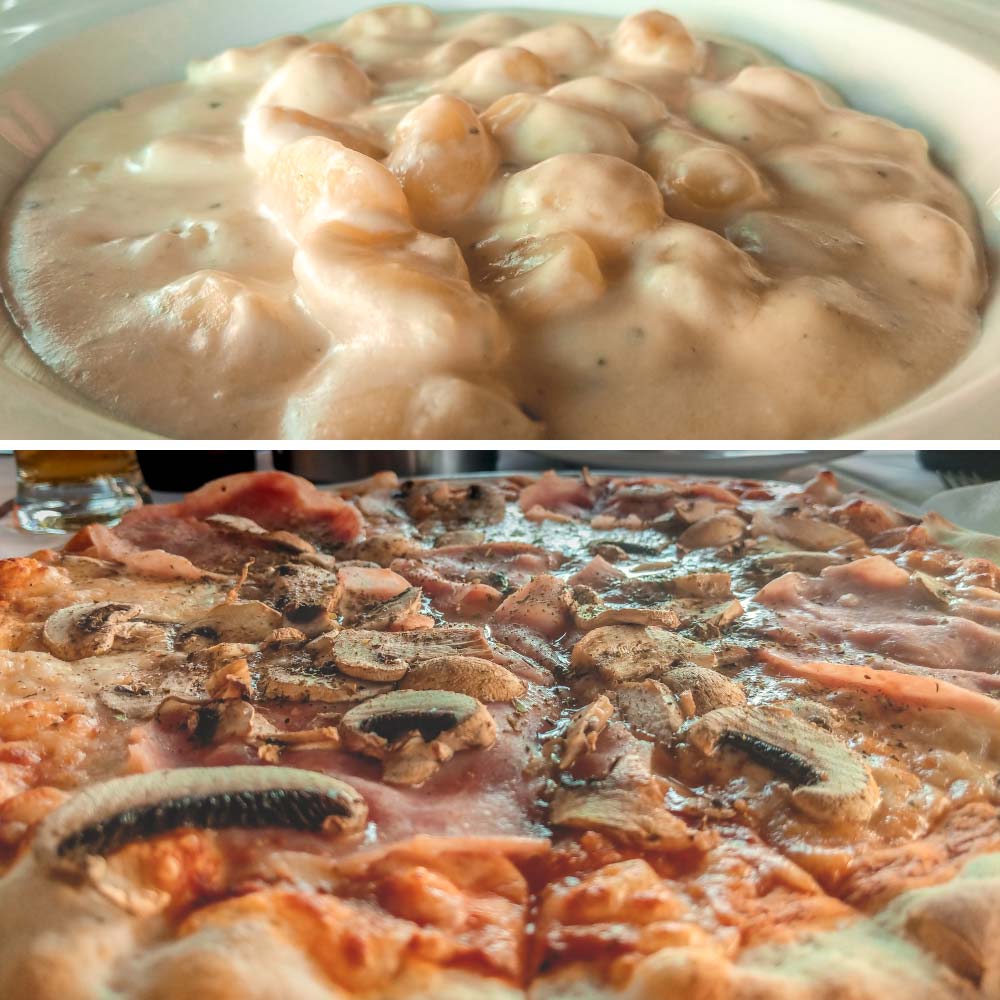 Italian is never a bad choice and La Terrazza is the perfect restaurant for just that. But don’t worry, there’s still a little Macedonian flare to it. Shopska salad, which comes in a huge helping here, is on the menu.

We keep mentioning shopska salad and don’t mean to be repetitive but there’s a reason. It’s amazing! We ordered it every time for a starter. Be careful though; sometimes the shopska is huge so it could count as a whole meal for some.

Another Italian/Macedonian mix located right in the center of Skopje, visible from La Terrazza, is Pelister. The cuisine matches La Terrazza and prices are “pricey” but again, for a seat on the covered patio in the main square, it’s very cheap.

Dine with Locals in Debar Maalo

If you’re visiting Skopje then take a break from the touristy areas and have a bite with some locals. Debar Maalo is the happening hood in Skopje and best of all, it’s quiet and peaceful. The noise and traffic here seem to all but disappear and hip cafes and restaurants are plentiful 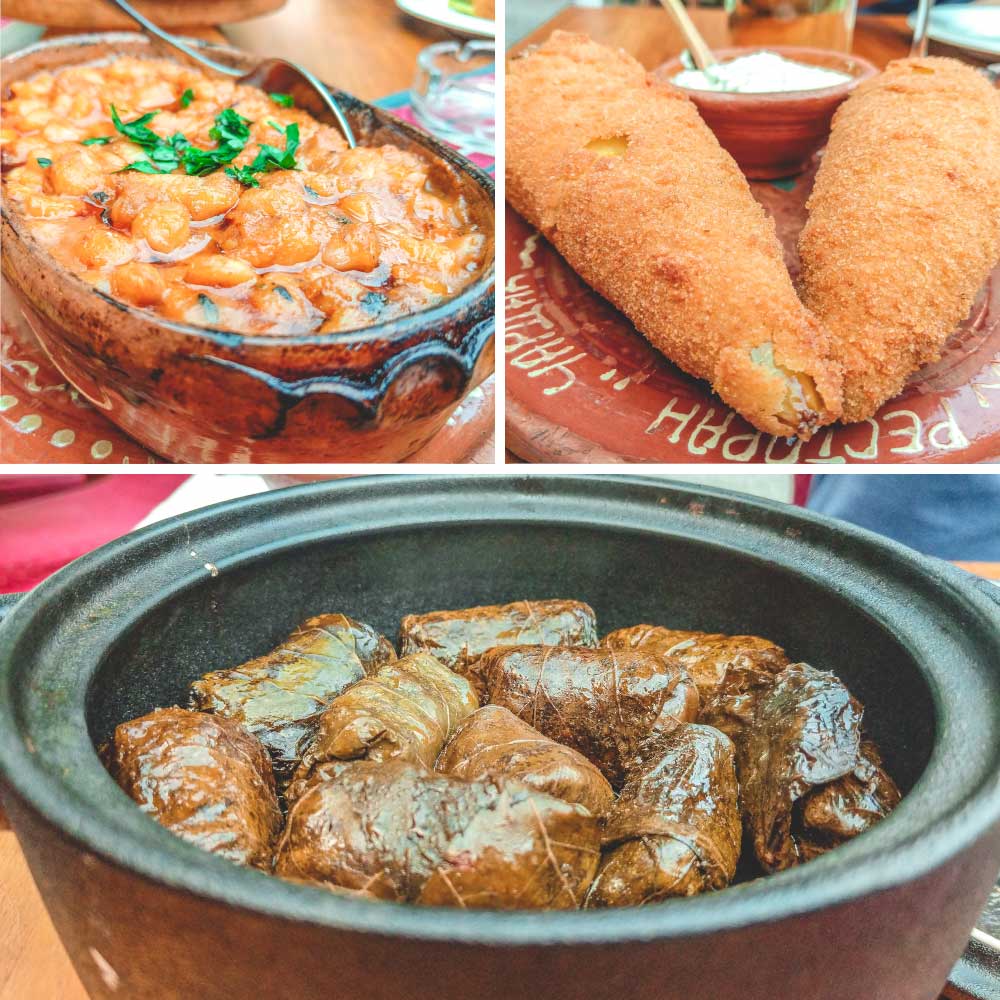 All the Macedonian food you could ever want, Chardak Restaurant delivers on deliciousness. We didn’t even order a real “main dish” and stuck to a handful of appetizers and sides, so we could save some stomach room and sample more of their traditional food. 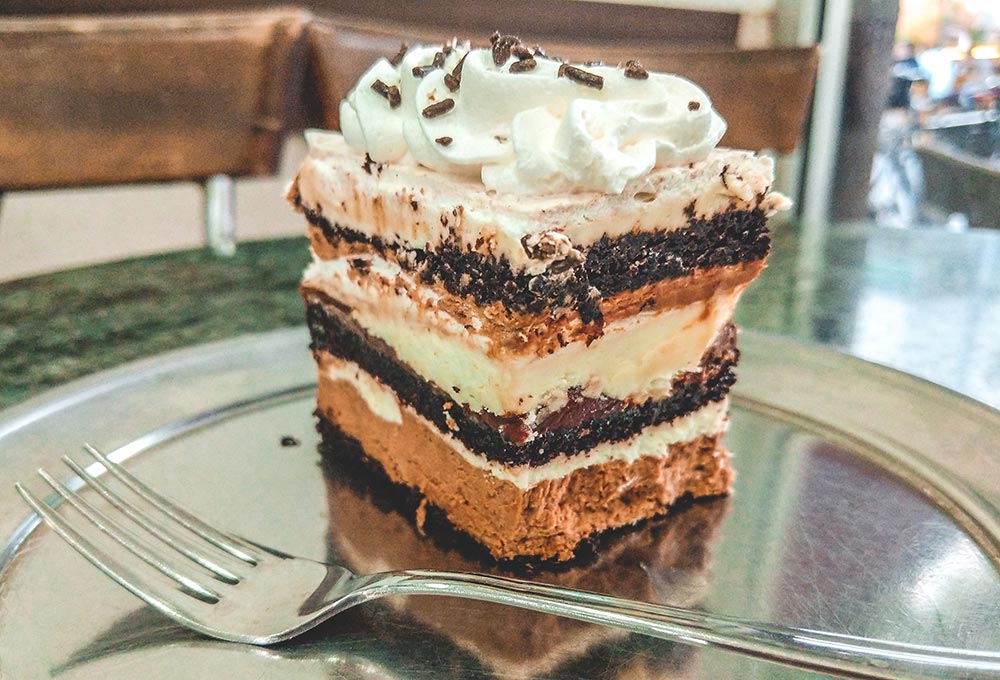 Ok, we’ve mentioned all these great restaurants in Skopje so you know where to eat some main meals. But what about dessert? Apche! Located on the outskirts of Debar Maalo, this is less of a restaurant and more of a cake shop. It’s a sad story, really, but we found this dessert goldmine near the end of our stay. It’s probably for the best, in all honesty, for our health at least.

They didn’t really speak much English but no need! Just point to what you want and hold up your fingers for how many you want. And smile!

The dessert was barely 1 USD so to say it’s cheap is an understatement. Seriously, if you’re in Skopje and a fan of sweets, then Apche is where you need to go. 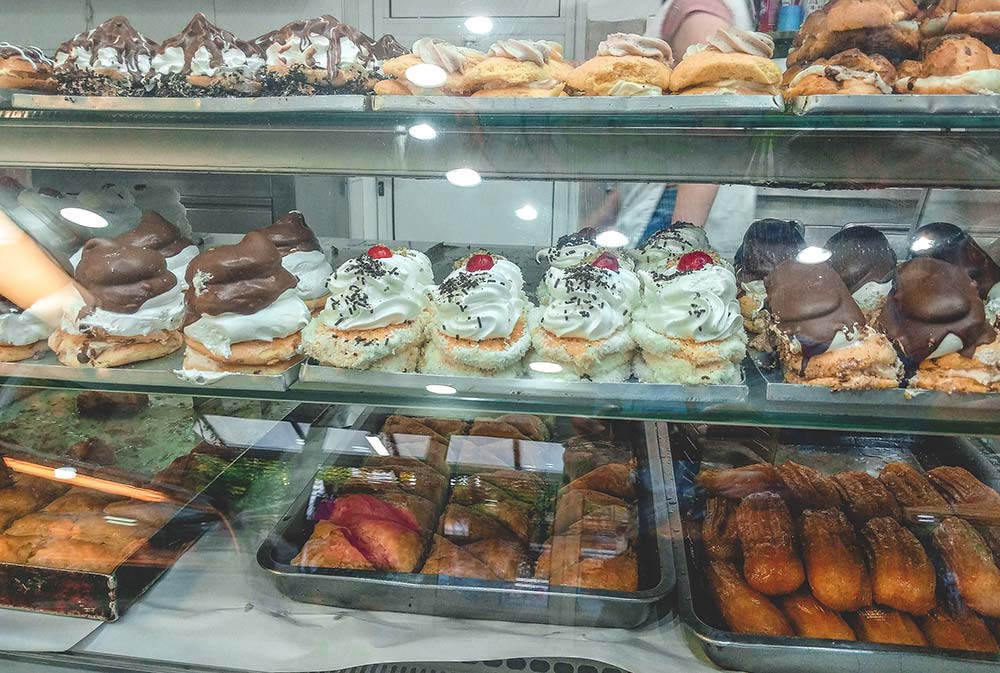 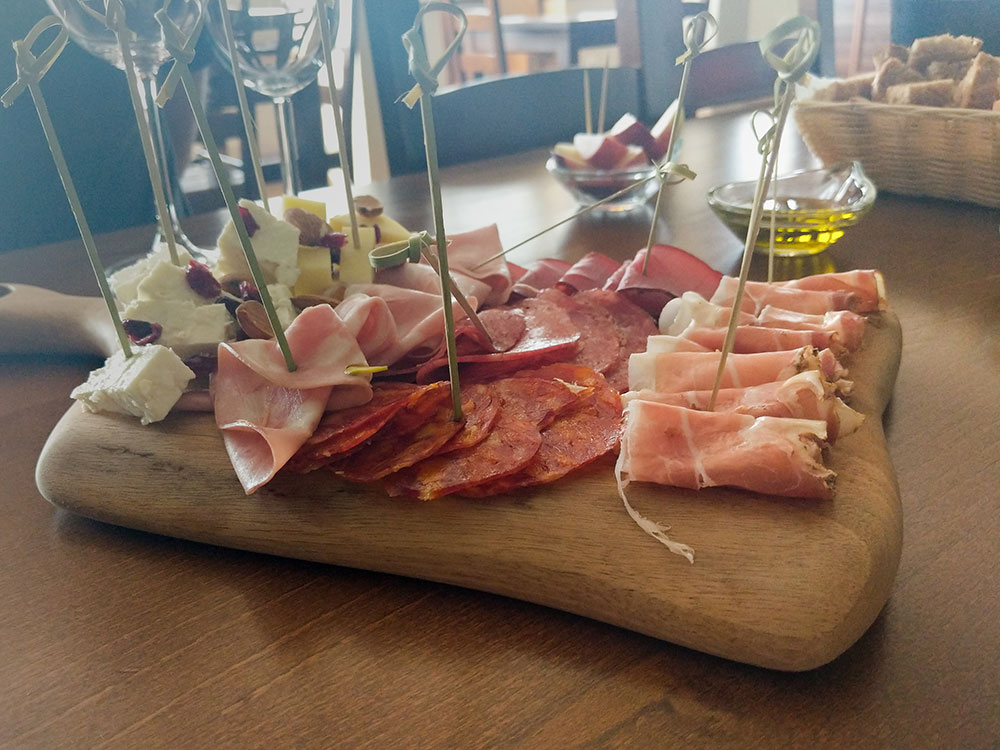 Kartal Winery is our honorable mention for this list of the best restaurants in Skopje. Why is that so? It’s not technically a restaurant. However, the two brothers who run this establishment, Jordan and Phillip, offer dinner with their tastings. And it’s a real Macedonian delight!

Check out the post on our Kartal wine tasting experience in Skopje for more info!

Summary for 10 of the Best Restaurants in Skopje

North Macedonia is a foodie’s delight, buried within the Balkans. It can be somewhat of a headache to get to, and it’s even more of a headache to get around. But who cares? The people are welcoming, the food is to die for, and it’s been one of our favorite travels of the summer. We hope you enjoy these restaurants in Skopje as much as we did! 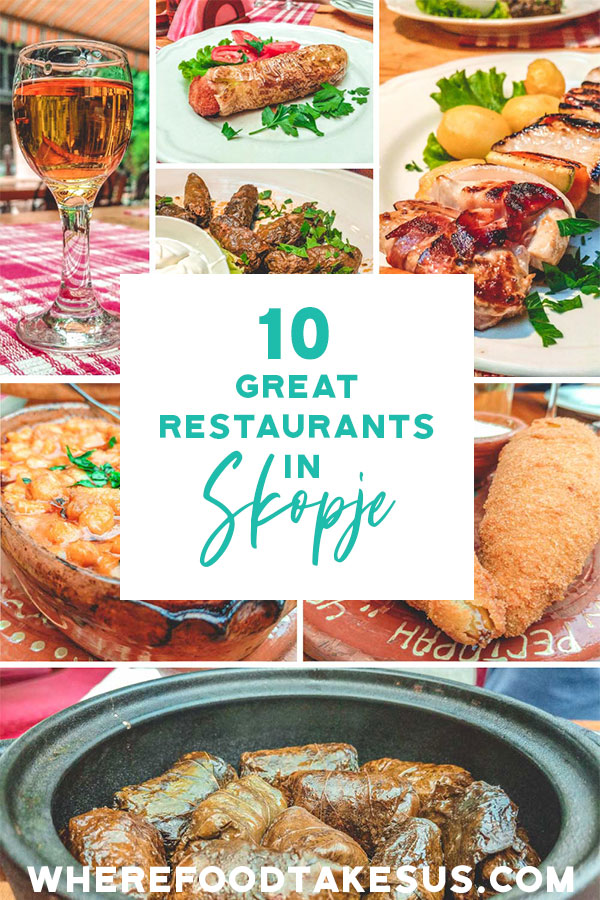 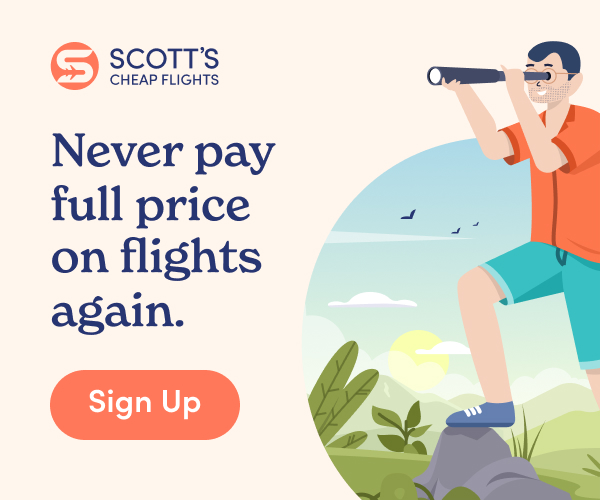 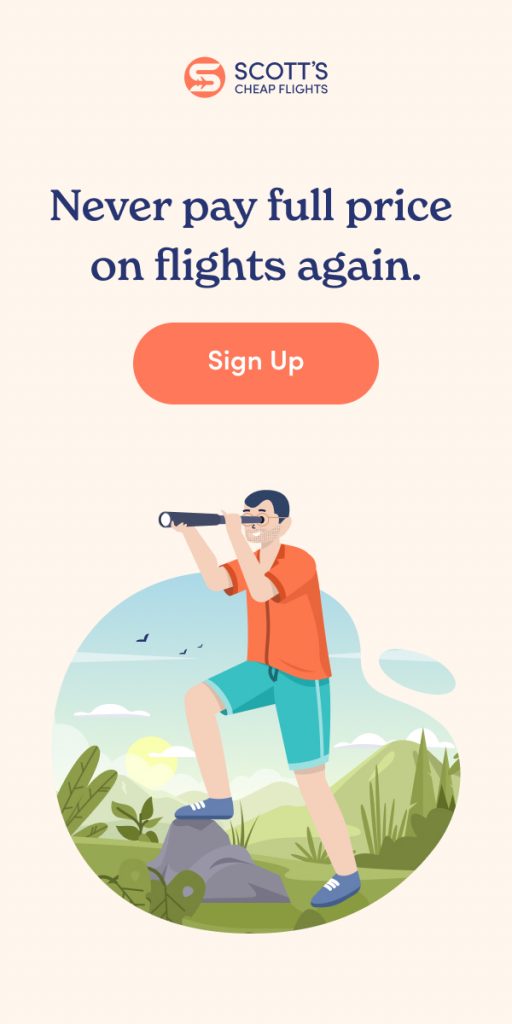 PrevPrevious16 Awesome Things to Do in Skopje!
Next6 Smart Ways to Travel With MoneyNext 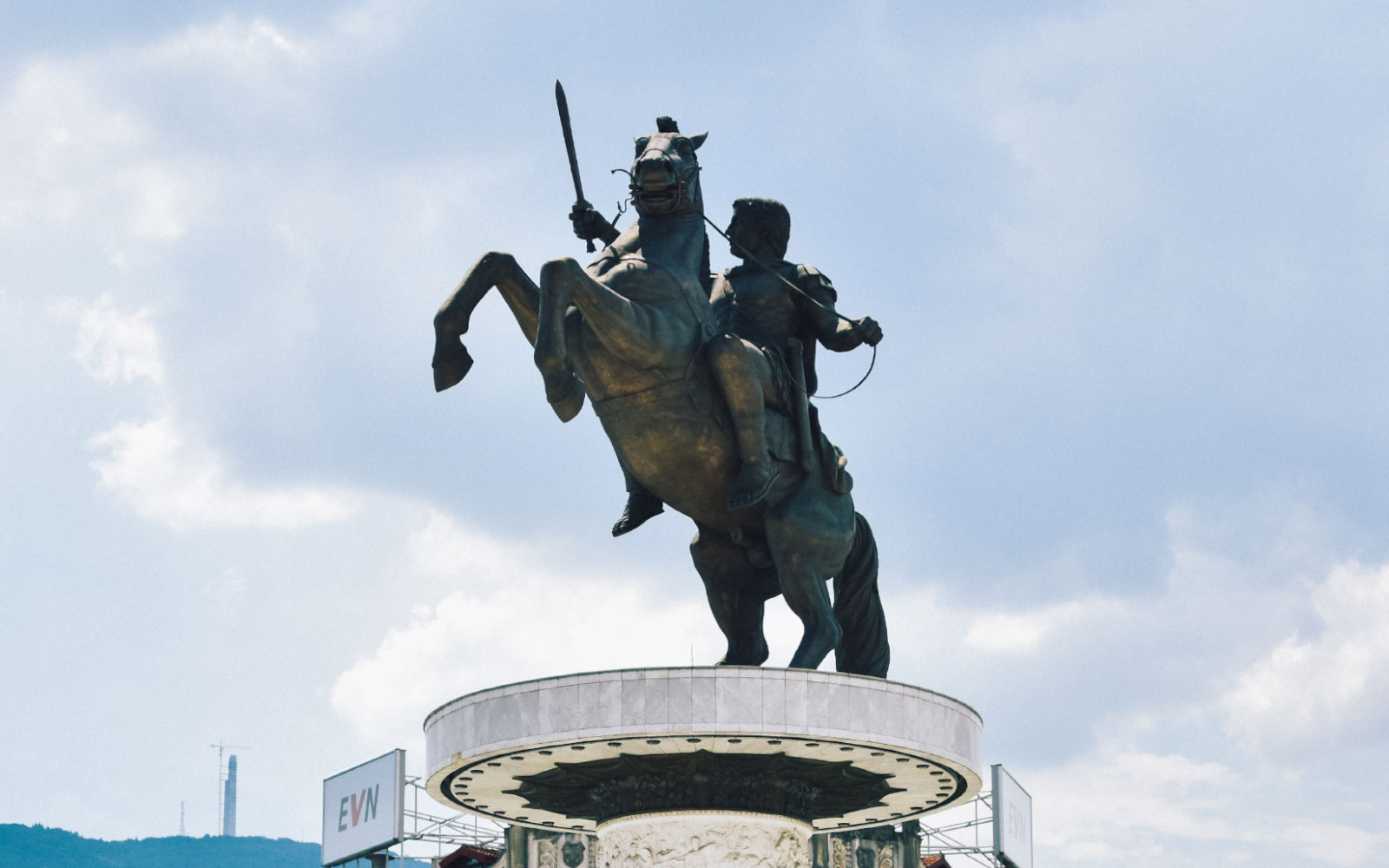 16 Awesome Things to Do in Skopje!

It’s been called controversial and peculiar, but we call Skopje a great place to visit! While its history is definitely…
Read More 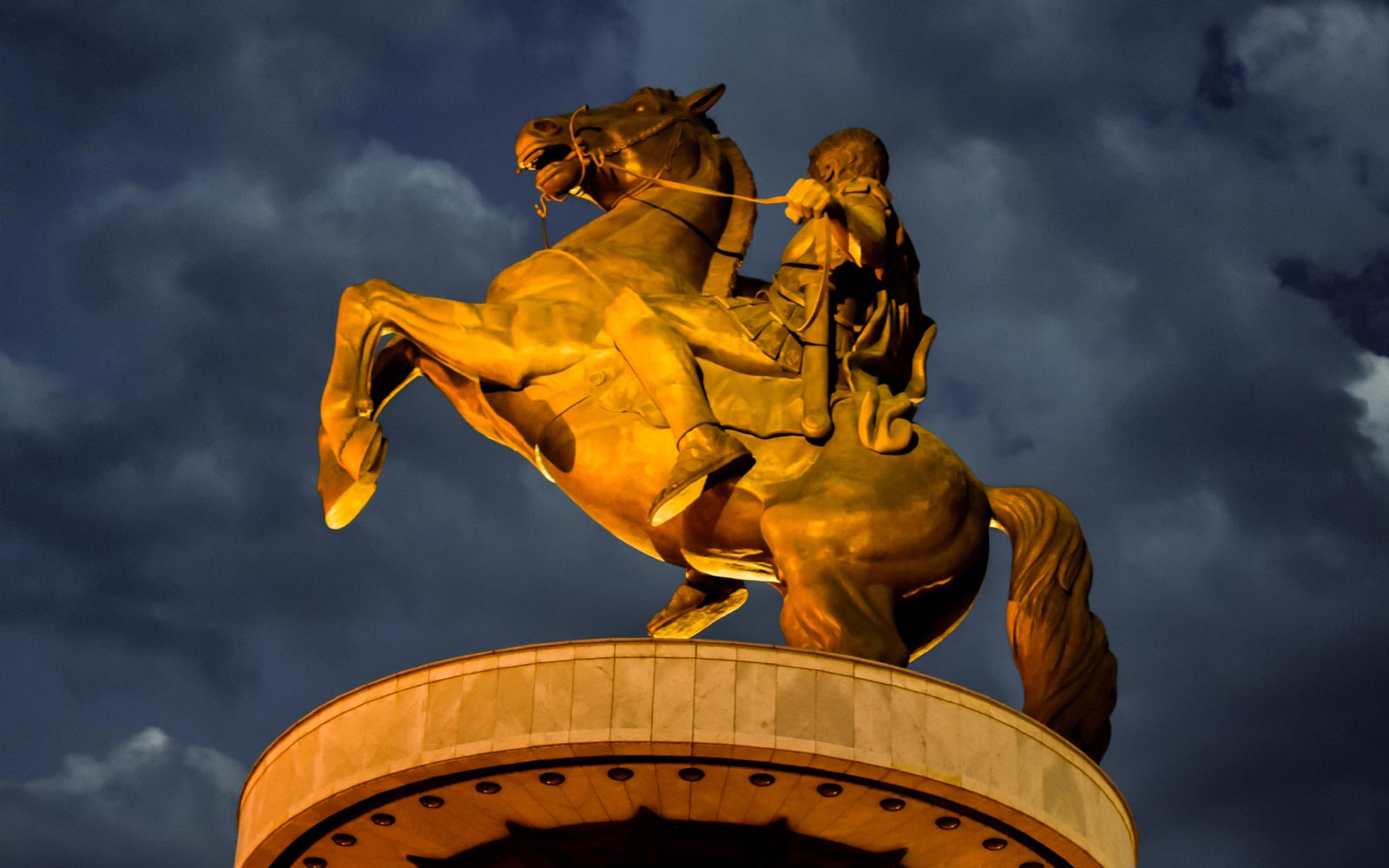 When traveling in the Balkans, transportation is something that just isn’t easy to master. Getting from place to place can…
Read More